We're entering the third full year in our house, and we learn something new about gardening here every season. Last year we tried growing most of our vegetables in large containers and put up a Topsy Turvy tree. That didn't work well, requiring lots of water and producing very little we could eat.

This time, we're going more traditional, planting in our 12-by-12 and 3-by-3 raised beds (with a few exceptions). We're also using a modified version of square-foot gardening, a system Cara has used before with success.

We started largely with a blank slate -- a few Columbines and two large chive plants, plus peas I planted a few weeks ago. 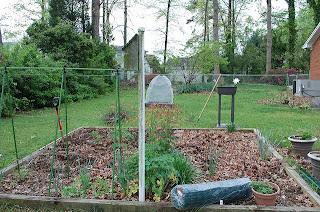 Then, I used a garden fork to turn the soil. 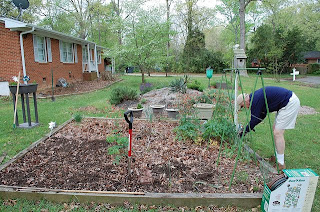 To set up a vertical space for the plants to grow, I stole an idea from one of our neighbors: install six-foot fenceposts and hang fencing on them. 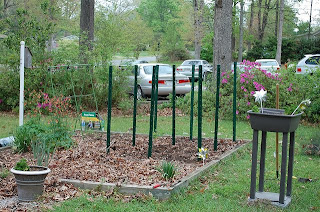 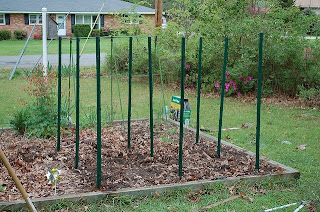 And after hanging the fencing, we put in a small drip irrigation hookup. 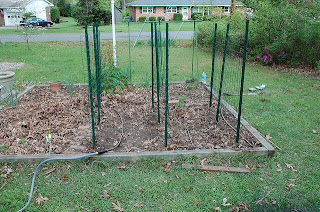 Finally, we planted a dozen tomatoes, five peppers, four eggplants, three cucumbers, and two yellow squash. That was a lot of work for one day. So we plan to add okra, zucchini, beans, and annual herbs (basil and parsley) later. 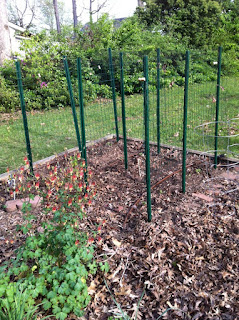 We also draped some bird netting over the fencing to keep some of the parasites away.

I'll update as the season goes along.