Center of the universe? 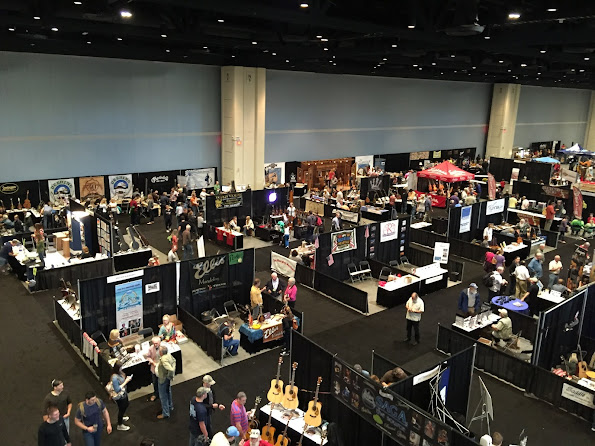 IBMA exhibit hall, 2015 (author photo) From intimate gatherings to mega events, live music is back. North Carolina may be the center of one dimension of the universe (pardon the inept metaphor). Earlier this week, the International Bluegrass Music Association announced its annual business meeting and music festival, renamed  IBMA Bluegrass Live! , will go on as normally as possible, Sept. 28 - Oct. 2. It’ll be the ninth straight year Raleigh has hosted the event. It’ll also serve as a gauge of how well downtown Raleigh has bounced back from COVID business closings, and last summer’s demonstrations and riots. Touted as the world’s largest free urban bluegrass festival, the week will feature more than 100 performances, along with plenty of workshops and demonstrations, strategy sessions for people in the industry, countless opportunities for musicians of all abilities to jam, and lots and lots of merch.  It’s delightful. A couple hundred thousand of us will head to Fayetteville Street to
Post a Comment
Read more 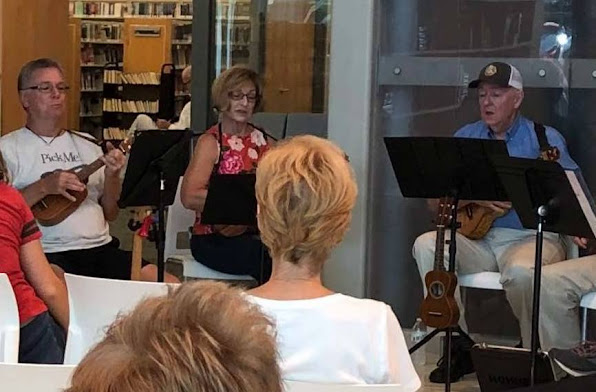 (Performing at Cameron Village Library, September 2019) It started with an email from a stranger. With that unexpected message, my grateful acceptance, and later exchanges with Deborah and the on-site librarians, the Raleigh Uke Jam became part of the Triangle’s performing arts community.  More or less. We had our three weeks in the spotlight thanks to the 21st century technologies many, left and right, want to suppress with regulations.  Here’s a contrary, personal take on how social media enabled us to build a bridge that otherwise couldn’t have been constructed. I circulated the invitation to a handful of people on our email list (which comprised about 70 at the time), choosing several players I thought would work well with minimal rehearsing in a small ensemble. Deborah asked me to mix some narrative history with the music — try to keep me from talking about history — and pull together a 60-minute program. I set up a playlist, emphasizing the versatility of the instrument and the
Post a Comment
Read more

One-stop shopping for other Deregulator things 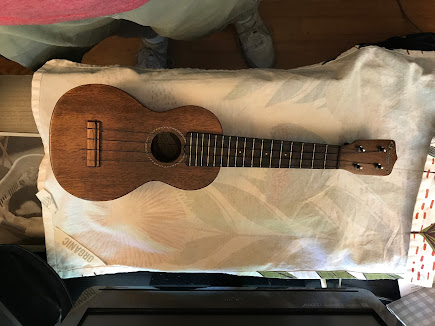 No, it's not a merch store. And you can't have my c. 1928 Gibson soprano uke. It's a separate blog with posts of my other writings, ruminations, and references. Just stop by here Deregulator Clips and Hits! And be sure to check out the newsletter if you haven't! Deregulator.net
Post a Comment
Read more

Election red meat: From The Assembly 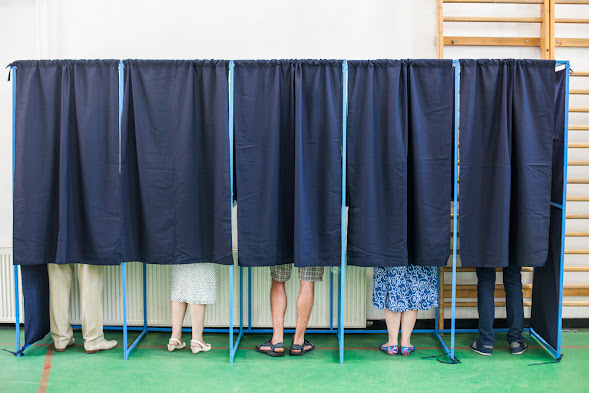 (Shutterstock image) The Assembly , North Carolina's newest online journalism outlet, was kind enough to publish my thoughts about the partisan weaponization of elections. Here's an outside-the-paywall version. I urge you subscribe to The Assembly , a rich and thoughtful place to read and think about our state. Oh, and to Deregulator.net , too! Election Red Meat Republicans and Democrats vehemently disagree about how to handle North Carolina’s elections, a fight that will only get more intense over the next two years. It’s time to find a modicum of common ground. It was a whopping 75 degrees during Denver’s ill-fated 2006 election. Then-Mayor John Hickenlooper walked along the election lines, offering voters bottles of water to Denverites stuck in hours-long lines. Luckily, this was 15 years before Twitter would argue whether we’re  criminalizing election-line water  handoffs. That day, the not-ready-for-primetime electronic pollbook that election officials were using  started
Post a Comment
Read more 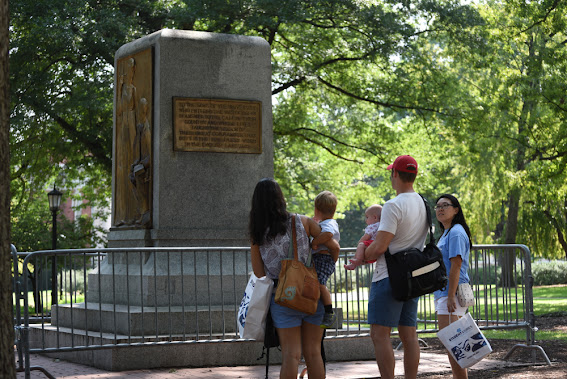 Visitors at the base of Silent Sam before its removal (Shutterstock image) Silent Sam still isn’t talking. And even though the settlement of a lawsuit filed by the student Daily Tar Heel newspaper and the University of North Carolina System was announced this week, officials at the system office and the Chapel Hill campus won’t say where the century-old Confederate Monument is hiding. And whether he’ll ever stand publicly again. The DTH settlement documents show a series of posterior-covering moves by UNC Chapel Hill officials and UNC Board of Governors members, along with senior UNC System policymakers and lawyers. They shared one goal: Make this sh*tshow disappear. And burn off our fingerprints in the process. The Confederate Monument, aka Silent Sam , has been a flashpoint for protesters for decades . It was often in the news not long ago: from August 2017, as demonstrators at UNC reacted to the white supremacist-led Unite the Right rally in Charlottesville, Virginia; through 2
Post a Comment
Read more 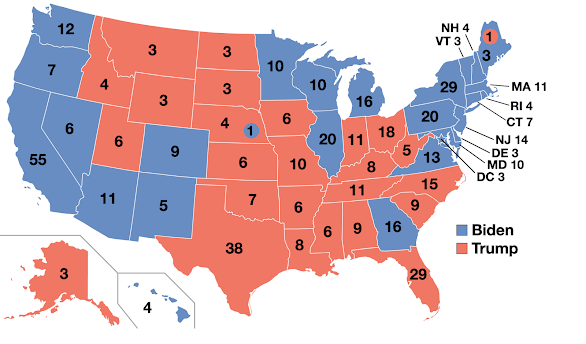 Map from CNN I’m a fan of democratic processes within republican governance. The civics nerd in me gets way too excited about debates over separation of powers and subsidiarity and the like. If my attention span weren’t so short, I probably would have become an academic. There’s concern bordering on alarm on the political right about the future of the Electoral College, how people on the progressive left are trying to undermine or eliminate it, and how big a deal that may be. For starters, Joe Biden saved the Electoral College. Temporarily. He got 7 million more votes than Donald Trump and won a majority in the Electoral College. The 46th president averted (or perhaps only postponed) another crisis in the public’s confidence in American institutions. It’s unclear, though, whether Biden’s win will slow growing calls to undermine the Electoral College’s legitimacy. And how much longer the Electoral College, as now constituted, should remain legitimate. A Trump Electoral College win pair
Post a Comment
Read more
More posts