We have about three dozen succulents and cacti in containers. Each fall I would haul them indoors to protect them from the elements and then in the spring I'd place them outdoors. They don't really like this, but I thought it was the only way to keep them alive.

Until I saw this blog post about a xeric cactus garden at the N.C. State Fairgrounds, leading to a visit to the JC Raulston Arboretum near the fairgrounds. 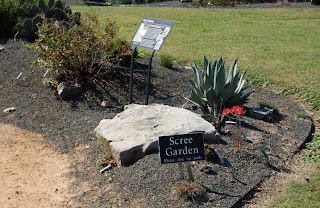 Could we pull off a desert garden in the Carolina clay? With some help, perhaps. Reading how a Raleigh gardener set up a scree/xeric/Alpine garden at home sealed the deal.

In September, we had several large azaleas removed from the front yard. The azaleas were not only hosting some noxious weeds, they were also blocking the sun from a nice perennial flower bed. This is the 15' X 20' hole that resulted from removing the azaleas. 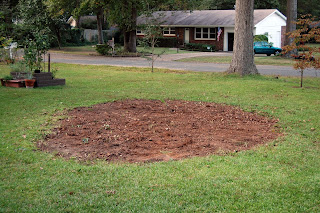 We then found Michael Blake Inc. -- a terrific garden center in Knightdale. Michael sells Permatill, engineered slate (made in North Carolina!) that improves drainage dramatically and blocks voles and other varmints that like to chew on plant roots. He also sells an engineered soil (60% dirt/40% compost) that drains like a charm.

We bought 9 cubic yards of his special soil, 2 cubic yards of gravel, and 15 40-pound bags of Permatill. It was delivered to our house Thursday. In two truckloads! 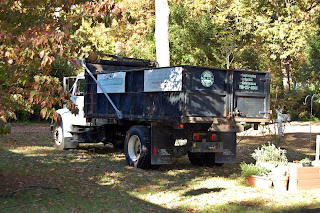 After the materials were dumped in the yard, Cara and I mixed the dirt and gravel and put it over the spot where the azaleas used to live. 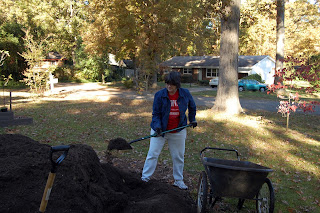 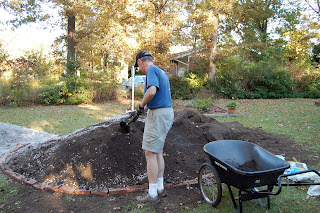 Cara (bless her heart) stuck with me for a couple of hours and then went indoors to bake some yummy banana bread. I got the stuff mixed, built a raised bed, and planted the first few plants that day. 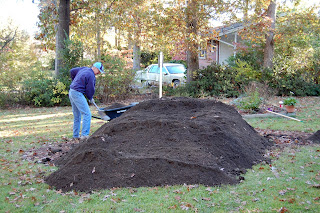 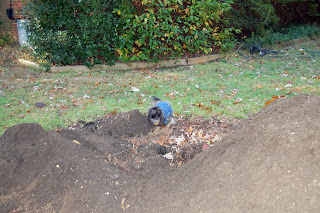 Around dark, I gave up. Plus, my back and shoulders were barking pretty loudly.

So Sunday, we started again. First, we planted bulbs! Garlic, iris, crocuses, wildflowers. Some wound up in this flower bed (joining shallots I planted several weeks ago). 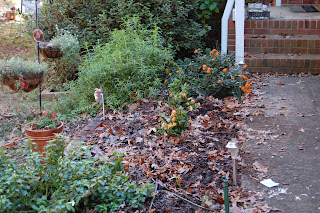 We also planted bulbs in two other flower beds and under this dogwood tree. 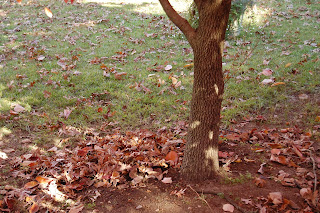 Then, it was back to the scree bed. We added plants in several stages. 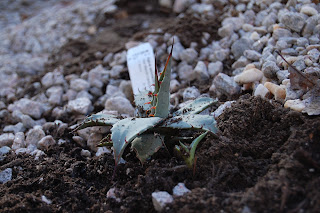 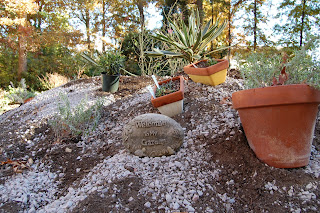 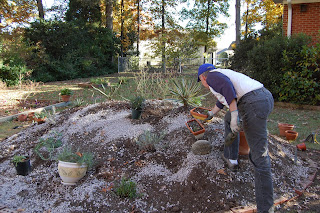 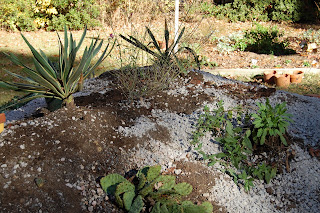 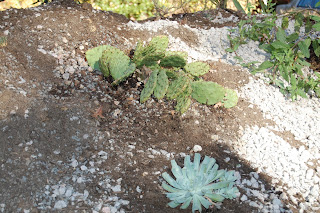 Some of the plants we moved from other locations on the property were pretty doggone healthy. 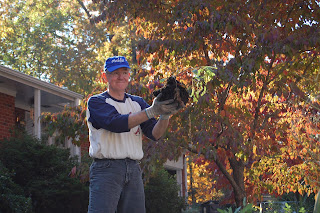 Nano approved of our progress.
A lot of plants that are happy in the arid West get a chance to set down roots in Carolina. 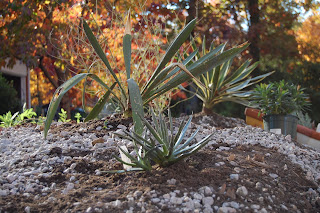 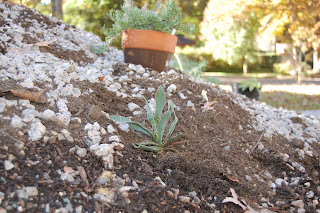 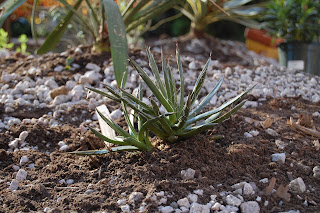 And, the finished product, from several angles. 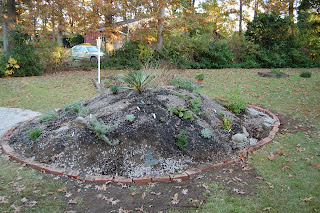 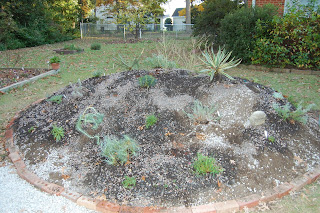 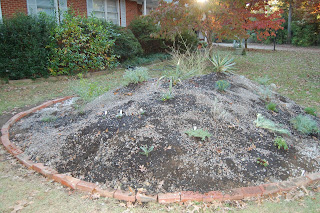 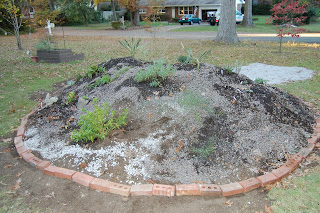 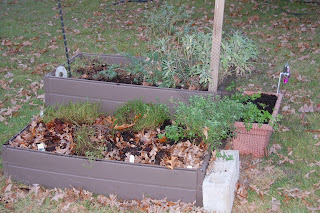 It'll be six months or more before we know if this experiment works. But it's been fun!

Posted by Rick at 8:10 PM
Email ThisBlogThis!Share to TwitterShare to FacebookShare to Pinterest

Would enjoy checking out update pictures of your hill!